The Institute of Maltese Journalists (IĠM) launched the 23rd edition of the annual press awards known as the Malta Journalism Awards, with 16 categories. Apart from the journalist himself/herself, Editors and Heads of News Departments may select and submit entries of what they consider to be the best work of any individual journalist/s, irrespective of whether that journalist belongs to the same newsroom or not. Submissions can also be forwarded by organisations, corporations and bodies.

In both cases, consent has to be given by the individual journalist/s concerned by filling in the appropriate part on the Official Application Form prior to submission of entry by the Editor, Head of News Department, or organisations/corporations/bodies.

“I extend my thanks to the Broadcasting Authority for hosting this Press Conference today to launch the 23rd Malta Journalism Awards,” said IĠM chairman Malcolm J. Naudi. “The Authority has been a long-standing supporter of these awards and has, since last year, even increased its support through the addition of a fourth broadcast category.

“We also welcome three new sponsors; Go p.l.c, Kunsill Malti ghall-Isports and Turkish Airlines who will be sponsoring the Print Journalism – Features category, the Sport Journalism Print Category and the Travel Journalism category respectively. Turkish Airlines will be starting to operate a regular three-times-weekly service to Malta from next May.”

This year’s edition of the Gold Award is being sponsored by Fondazzjoni Tumas Fenech għall-Edukazzjoni fil-Ġurnaliżmu. More details about this particular award will be announced at a later date.

Following recommendations by previous judging panels, the Institute draws the attention of journalists to the following points:

The first three classified in each category will receive a certificate.

The winner of the first 15 categories above will each be awarded:

The winner of the special category entitled ‘Il-Lingwa Nazzjonali fil-Ġurnaliżmu” will be presented with the Malta Journalism Award trophy for that category.

The Winners will be announced at a presentation ceremony to be held on 15 June 2013 at The Palace Hotel, Sliema.

All Maltese journalists may participate

All Maltese journalists may participation in the Malta Journalism Awards, irrespective of whether they are IĠM members or not. All entries whether in Maltese or in English must have been published or broadcast in Malta between 1 January, 2012, and 31 December, 2012.

Submissions will be received at the offices of the Institute of Maltese Journalists, 280/3 Republic Street, Valletta, on Saturday, 20 April, 2013, between 1.00 p.m. and 4.00 p.m. Non-members have to pay a participation fee with the submission. 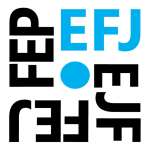